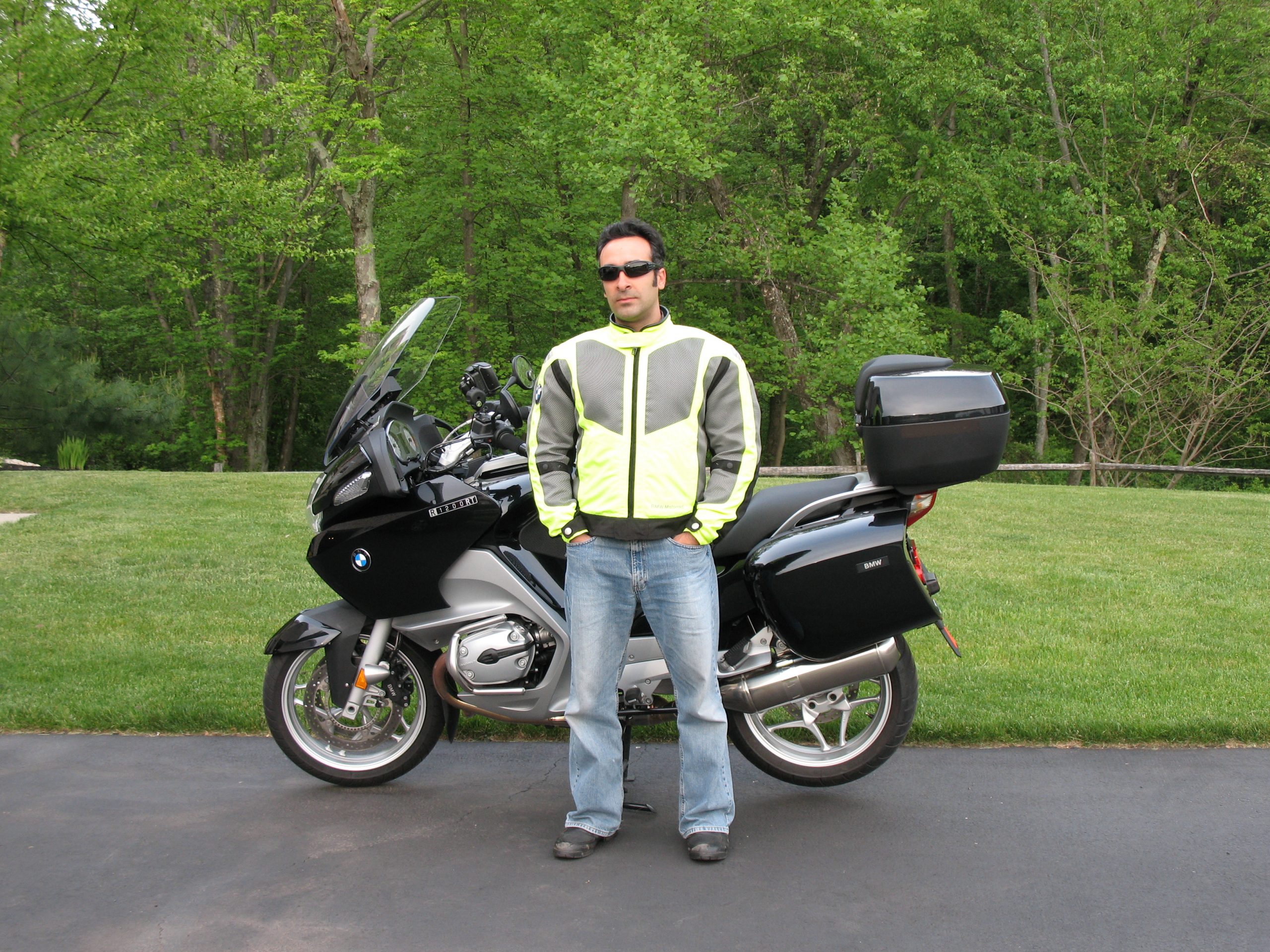 Replacing my beloved 2004 R1150RT as of January 22, 2010, this new 2009 Sapphire Black RT arrived equipped with a boatload of options, including ASC, ESA, heated seats, heated grips, cruise control, on-board computer, white turn signals, and a factory-painted 49L top case. Fantastic! The purpose of this site is to document my life and times with this incredible motorcycle . 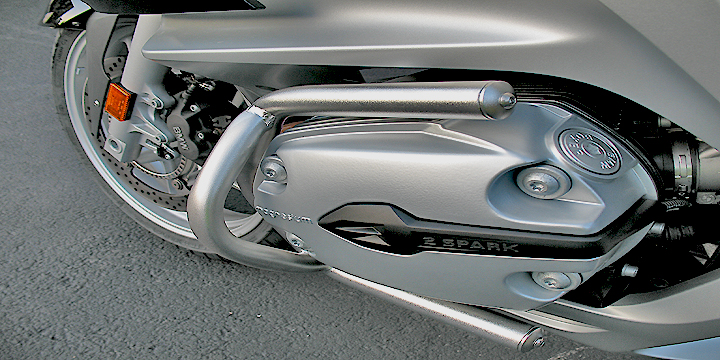 November 22, 2013 – 21,213 Miles: A flying rock destroyed one of my RT’s mirrors, so I replaced the pair with a perfect fit from Wunderlich. I also removed the Bakup Backrest.

October 7, 2013 – 19,982 Miles: The RT died on me in rural West Virginia, as I was participating in a Jim Ford Rider’s Workshop. After a tow to Virginia Motorrad the culprit was revealed as the Enersys Genesis XE battery I installed last winter. Stone cold dead, and not accepting a charge. Anton Largiader at Virginia Motorrad replaced it with an Odyssey PC680 (essentially the same battery,) checked out my charging system (no problems,) and sent me on my way. Why did the Genesis XE die so soon? Enersys suspects that my Deltran Battery Tender (non-approved for Enersys Genesis batteries,) which puts out about 13VDC (lower than the minimum recommended float voltage of 13.5-13.8VDC,) led to sulfation and premature death. To avoid this on the new battery, I unplugged the Deltran and replaced with an Enersys-branded charger. Hopefully that will do the trick!

July 11, 2013 – 17,982 Miles: I got a good deal on a used Bakup Backrest at the BMWST.com classifieds, so I installed it and adjusted it to fit. Overall, I’m pleased, although honestly I don’t really need it.

May 16, 2013 – 16,978 Miles: I found a like-new Z-Technik Z4002 Stainless Steel Slip-On Exhaust for sale at the BMWST.com classifieds, and jumped on it. Originally manufactured by Arrow, they retailed for almost $600 new. I had originally planned to turn it into an article for Motorcycle Consumer News, but was saddened to find that these pipes are discontinued. With the removable baffles in place, the Z4002 was known for being about the same volume as stock, but significantly lighter, much sleeker in appearance, and with a more pronounced tone. Upon installation, I found all of these traits to be true. The sound of the boxer is now far more pleasing to the ear, while keeping the stealthy, near silent volume that fits this RT’s character.

December 25, 2012 – 15,504 Miles: In keeping with tradition, the crappy OEM Exide battery failed before reaching its third birthday. When will BMW find a more reliable supplier? Replaced that dud with an Enersys Genesis XE from work – same as we use in our military UPS systems. Battery-wise, I should be covered for the next decade, minimum.

December 25, 2012 – 15,504 Miles: In keeping with tradition, the crappy OEM Exide battery failed before reaching its third birthday. When will BMW find a more reliable supplier? Replaced that dud with an Enersys Genesis XE from work – same as we use in our military UPS systems. Battery-wise, I should be covered for the next decade, minimum.

August 20, 2012 – 12,457 Miles: Cross-Country BMW in Metuchen performed the balance of 12,000 mile service due, and once again replaced the faulty fuel level sensor under warranty. I also got some little upgrades as described below:

March 26, 2010 – 810 Miles: The lighting was upgraded, and some other electrical farkles added, all neatly wired into a Centech AP-2 Panel using Eastern Beaver harnesses. The weatherproof switches for the lights were mounted on the blank radio control panel for easy access.

March 16, 2010 – 590 Miles: Cross-Country BMW performed a 600 mile service and checked for any open recalls, of which there were none. I added some farkles of my own as well.

January 21, 2010 – 32 Miles: The new Sapphire Black Metallic RT rolls home, replacing my beloved 2004 RT. The short trip was definitely enough to fall in love! And I was very happy to see that some of my old Oilhead RT’s farkles fit the new RT, including the  Bob’s BMW Brake Lever Extender, the large 3-D BMW logo beneath the license plate bracket, and my K1200GT “High” Mirrors. New accessories were added as well. We’ll see what else needs to change as the miles start accumulating, but I see some auxiliary lighting in the near future. 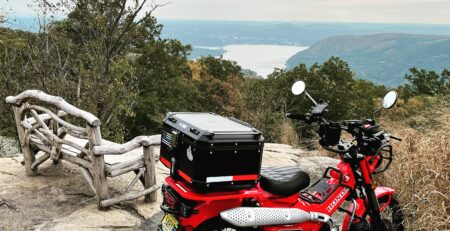 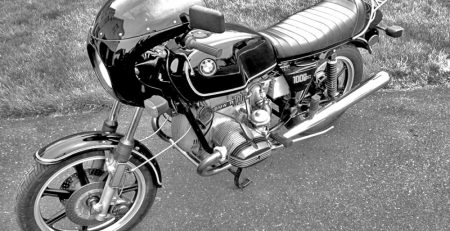 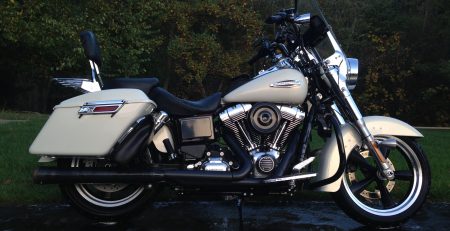 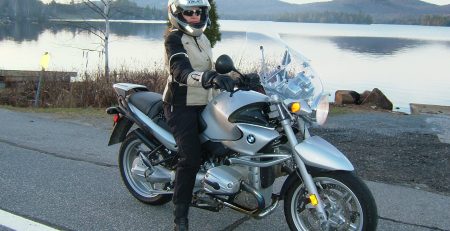 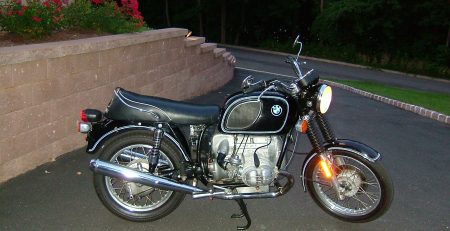 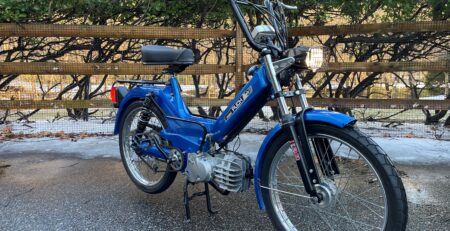 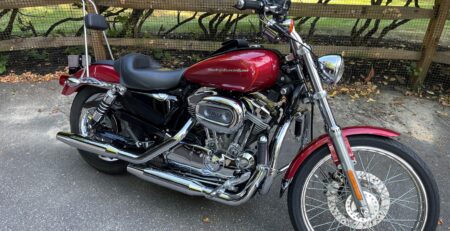