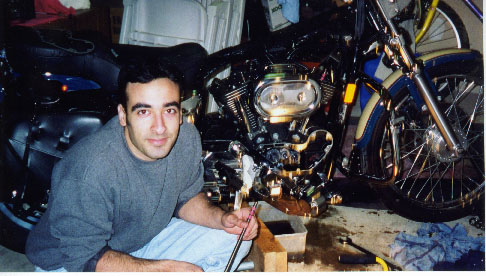 Background: One’s choice of engine mods and performance upgrades is a very individual decision, based on riding style, expectations, and of course, budget. My cam swap was based upon similar posted experiences by such XL List gurus as Rickko and Maurice Riggins (see references below). In my case, I was doing tons of 2-up riding and long-distance cruising with full luggage, and I felt the need for an improvement in LOW and MID-RANGE power. I rarely ever rev the engine past 4,500 rpm, so top-end rush was of little concern to me. As such, my choices of cams were limited: The list of popular cams in order of least to most low-end torque is: SE kit cam, SE bolt-in, Andrews N4, Andrews N8, stock, and Andrews N2. [NOTE: Essentially, unless compensated in some way (such as by increasing compression), a “high-end” or “radical” cam such as the SE Kit cam will add more power in the upper stratosphere of the RPM range, AT THE EXPENSE of your low and mid range.] The N2s were exactly what I was looking for and perform exactly as I expected with my stock compression application. Also, because they are mild cams, I did not have to remove or modify my heads in any way, keeping the operation simple and affordable.

References: Many people have written volumes about the technicalities of cam selection and installation – some have created excellent, comprehensive, and instructional websites about this specific subject for the Sportster. EDUCATE YOURSELF! Some of the best sites I’ve found are as follows-

Dr. Ernie Kim’s site. Ernie is friend, and he has a Thunderstorm-equipped beast of a Sportster. His site has an EXCELLENT pictorial and detailed instructions on the conversion, including a cam swap. A MUST-SEE!! 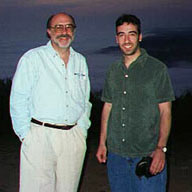 Rickko’s Instructions. Rickko is another friend, an endless source of Harley info, and the inventor of the ingenious Rickko-Lifttm (a working bike-lift which you can build for about $20). Also included are detailed instructions on Andrews N2 Cam Swap and Yost Power Tube installation. I relied on Rickko’s instructions for 99% of the job. A MUST-SEE!!

The V-Twin Cafe. A great place to go for performance enhancing tips and techniques.

Andrews Products. The tech section full of useful info. Read it before you attempt installation. 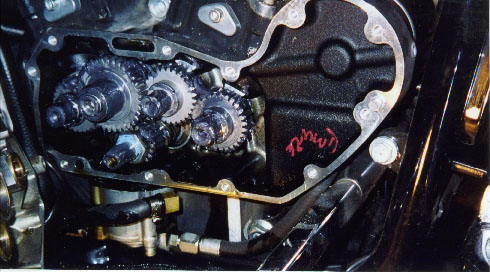 2/6/99 / Disassembly: Tonight, I spent two hours carefully removing the ignition coil and switch, as well as all rocker covers. I actually SAW my heads, pushrods, and rocker arms!! It’s just like I thought – you can only bond with your Sporty if you get to know her, uh, intimate details! Anyway, aside from a minor level of frustration at the utterly stupid placement of some key bolts I had to remove (some bolts were blocked by the frame and I had almost no clearance to remove them), everything went smoothly. Now that everything’s apart, I am considering the tip in the “101” book [NOTE: Love & Woodring’s “101 Harley-Davidson Performance Projects for Evolution Big Twins and Sportsters”] to enlarge the oil drain hole in each middle rocker covers by one drill size, so as to further minimize the “oil blow by” phenomenon. Does anyone have any opinions on this? [NOTE – I didn’t do it.] Also, is it truly absolutely necessary to remove the heads in order to swap cams? [NOTE – It’s not]. I have read posts arguing both sides of this issue – BTW I have the stock non-adjustable pushrods and have no intention of paying Sifton $300 for their adjustable set w/ collapsible covers. [NOTE: I kept the stock pushrods].

2/11/99 / Completion: One word – SUCCESS!!!! Today, at 12:45am, I finished swapping out the stock cams on my ’98 1200C for Andrews N2s. Heads and cylinders were left completely stock and undisturbed. Deviations from instructions were:

2) Instead of disassembling the pushrod tube assemblies to get the tappets out of the way when swapping the cams, I left the assemblies completely intact. Instead, I used a Craftsman pickup tool (a very thin magnet which can hold up to 4 Pounds) to stick into the pushrod tubes (once I took the pushrods themselves out) and held the tappets up that way, one at a time. It worked perfectly, except since my pushrod assemblies were intact, I didn’t get the chance to perform the last instruction as per Rickko’s Instructions (which I relied on for 99% of the job), which is to measure cam “end play” with a feeler gauge down the tappet tube. I took a chance here, but I  think everything will turn out alright… One PITA was that cam #2 was blocked by the corner of the pillion gear’s retaining nut, so I actually had to loosen that nut to get #2 out! I tightened it back up using Locktite (blue was all I had).

Started it up for the first time since early December this morning, scared to death!! I had already turned the engine over manually and with the starter motor (spark plugs removed) to listen for unusual sounds, and heard none – but I was still nervous! She started after a few cranks and an ENORMOUS puff of white smoke appeared (probably the tablespoon of oil I had dumped down the cylinders as part of winter storage). Then, I heard this rhythmic, VERY loud metallic clanging – I almost collapsed! I knew TFM said that the tappets would be noisy for a few minutes after reassembly, but all logic goes out the window when you hear your engine tapping like a hyperactive steel drum!! Nevertheless, I didn’t shut it off – I let it idle at 1,000 rpm for a few minutes, confident that I hadn’t screwed anything up during reassembly (I triple-checked EVERYTHING). Sure enough, the tapping almost disappeared after 2 minutes, but there was still a little more valvetrain noise than I was used to. Drove it to work (9 miles) – absolutely babied it, so I can’t say if there’s any real difference vs. stock yet – and the tapping sound has all but disappeared, so I’m assuming that everything had to “re-seat” and get lubed up all over again. The motor has fresh oil in it, and I will change it again in 100 miles to wash out all the assembly lube and other crap. Timing is OK (left it as it was), carburation seems to be OK (too soon to know), so there’s really nothing left to do but ride it and report the difference (if there is any).

ANYONE CAN DO THIS: It’s not that hard at all, just time consuming. At the end, I felt a great sense of accomplishment – I went from not knowing what a wrench was to swapping out cams on a Harley in 2 months, thanks to the knowledge I picked up online. To all you guys who posted that you need a “pro” or special tools for this – THINK AGAIN! The learning experience alone is worth the effort! I’ll report back on the differences of N2 vs. stock as soon as I get some miles on her (if the damn NJ weather allows).

2/13/99 / Initial Impressions: I just returned from a brisk (and cold) morning ride – I opened her up fully today for the first time since installing the Andrews N2 cams and SE coil. Here are the results: There is a DRAMATIC increase in power under 3,500 rpm! The bike pulls like a damn freight train now, from as low as 1750 rpm or so, with no complaints or lugging AT ALL, even in 5th gear! It used to lug and make all kinds of racket pulling from such a low rpm in 4th and 5th. The difference is really amazing. The famous 2,000-3,000 “flat spot” has all but disappeared (The cams in conjunction with the Yost Power Tube are responsible here). However, as expected, I do not detect any significant difference (gain or loss) over 3,500 rpm from the previous stock-cam setup. Remember, these are all seat-of-the-pants impressions – I have not yet dynoed the bike. Overall, though, I would estimate a 10-15% or so increase in the sub-3,500 rpm spectrum. IMO, these cams are WORTH IT if you so a lot of 2-up riding or just want your motor to have a little more low-end grunt.