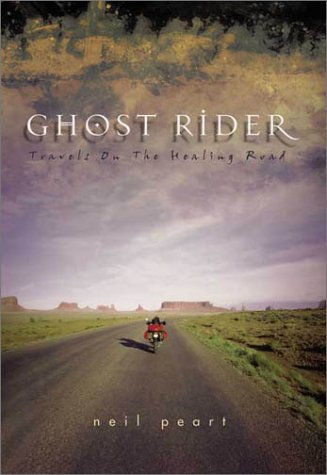 Many books have been written about the spiritual side of motorcycling, but rarely has one been as moving as Neil Peart’s Ghost Rider. Peart is famous (or infamous) as the lyricist and drumming extraordinaire behind the Canadian progressive rock band Rush. The Ghost Rider story is a vividly harrowing account of his 55,000 mile sojourn from the east to west coast of Canada, north to Alaska, then south through the U.S. and into Mexico and Belize.

However, this is no ordinary adventure ride. In August 1997, Neil Peart and his wife, Jackie, were to suffer every parent’s worst nightmare: Their only daughter, 19 year old Selena, was killed in an automobile accident on her way back to college after visiting with her parents during a break from classes. Upon hearing the news, Jackie Peart lost her will to live, and was diagnosed with terminal cancer shortly thereafter. Jackie’s condition worsened rapidly, and within 10 months of his daughter’s death, Neil lost his wife of some 20 years. The proverbial icing on the cake was the death of Neil’s dog and the imprisonment of his best friend, Brutus, in the first months following Jackie’s untimely demise.

Faced with such utterly devastating circumstances, Neil Peart’s life was left in emotional wreckage, and he found himself no longer able to feel or think as before. He was a raw, exposed “baby soul” – the fundamental, essential spirit lurking underneath all other layers of one’s human existence. Now an almost broken man with nothing to live for, and no way to derive enjoyment from anything anymore, Neil Peart packs up his faithful BMW GS and heads out to “take his little baby soul for a ride,” solely on the hope that “something would come up.” This ride is not for voluntary pleasure, but literally to just keep moving, in the same way that constant movement calms a crying infant.

The book is especially insightful for anyone who shares Peart’s life philosophy: Anyone familiar with Rush’s lyrics knows that Neil is very much a fierce individualist, almost in an Objectivist definition of the word. His drumming, too, is always totally planned, incredibly precise, and usually cumulative (building from a relatively simple groundwork to a technical tour-de-force.) The metaphors are now obvious – how does a person who holds such absolutist core beliefs behave when it is life itself which betrays him?

What follows is a beautifully written, extremely detailed account of Mr. Peart’s travels, in the form of transcribed journal entries, and letters to friends and family. The letters allow the reader to gain a real sense as to the grief process which Neil struggles with as he travels “The Healing Road,” testing many of the long held life philosophies which he had advocated over the years along the way.

Other reviews of this book can provide a synopsis of the actual events, and I will leave that to the professional critics. Also, I will point out that this book may seem tedious at times to those who haven’t experienced profound loss (death of a loved one, divorce with children, separation from children, etc. – though admittedly not much compares with what Neil Peart had to endure.) To those who think the book is overly detailed or that the messages of struggle with grief are repetitive, I would only mention that growth through grief is not a perfectly linear scale. The details with which Neil Peart wrote are a a tribute to the clarity with which he objectively observes himself and his surroundings.

Overall, Ghost Rider is perhaps one of the best books I have ever read, a feeling which may be further amplified by my own life philosophies being similar in many respects to Peart’s, and my own personal issues at the time I read it. Regardless, it is an incredible accomplishment of uplifting will for a man not used to running on hope to be able to emerge from total devastation, having done just that. This page serves as my sincerest thanks to Neil Peart for sharing his inspirational story. His iron strength of character is something all can admire and should strive to achieve. 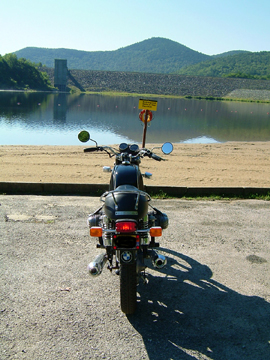